At the same time spake the LORD by Isaiah the son of Amoz, saying, Go and loose the sackcloth from off thy loins, and put off thy shoe from thy foot. And he did so, walking naked and barefoot. And the LORD said, Like as my servant Isaiah hath walked naked and barefoot three years for a sign and wonder upon Egypt and upon Ethiopia; (Isaiah 20:2-3)

Comments: Imagine Isaiah one of the mightiest of the Biblical Prophets walks absolutely naked and barefoot for 3 years on the commandment of God. A Prophet of God Walking down the streets, in front of women and children absolutely naked for 3 long years
not even wearing a G-string. Imagine if a Pope goes around naked preaching the message of God. Huh ! Is this the quality of God that he commands people to do such things.

These comments are excellent example of ignorance and twisting of Biblical verses. Let us see what these verses say:

Isaiah 20:2 At the same time spake the LORD by Isaiah the son of Amoz, saying, Go and loose the sackcloth from off thy loins, and put off thy shoe from thy foot. And he did so, walking naked and barefoot.

sackcloth is mentioned several times in the Bible. It is the loose outer garment of coarse dark hair-cloth worn by mourners in the Bible. we can see this in

Then David said to Joab and all the people with him, "Tear your clothes and put on sackcloth and walk in mourning in front of Abner." King David himself walked behind the bier. (2 Samuel 3:31)

ohn's clothes were made of camel's hair, and he had a leather belt around his waist. His food was locusts and wild honey. (Mathew 3:4)

naked It would rather mean to "uncover". This does not mean to walk naked in the sense that he would not put on any clothes but in the sense

He stripped off his robes and also prophesied in Samuel's presence. He lay that way all that day and night. This is why people say, "Is Saul also among the prophets?" (1 Samuel 19:24)

Even the bravest warriors
will flee naked on that day,"
declares the LORD. (Amos 2:16)

Therefore, Isaiah would put off the outer sackcloth, retaining still the tunic or inner vest an example to show that Egypt would be stripped of its possessions; the very dress of Isaiah was a silent exhortation to repentance.

This was the tradition of that time and we must not mix it up with the modern language or culture. This culture is still found in the Middle East and in some parts of Asia. Removing somebody's turban (head dress) in public is considered to be shameful. Once mustache was considered to be a sign of manhood but it is no more these days. To understand some period in the history, we also have to understand the culture and tradition of that time too and we must not mix it up with modern days.

Thanx for taking out time and explaining the verses. 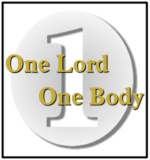 Jesus
Christ sent a man in the last century to restore "all things" to the
church of God. Herbert W. Armstrong was both an apostle and the Elijah
to come (Matthew 17:11-12). Immediately after his death, an apostasy
occurred in the Worldwide Church of God that was authored by the
Synagogue of Satan.

Sorry this is a Christian website and I believe that you agreed to the Rules & Regulations, that clearly state that preaching other than the Bible is unacceptable. You are preaching falsehood, and deception. Read Bible and pray to God to open your heart to the truth.

Armstrong had predicted that Jesus Christ would return in his lifetime, basing this on the sequence of events that he believed the Bible indicated must precede the return of Jesus Christ. Armstrong, Herbert, W (1956)

n 1977 Armstrong married Ramona Martin, then 38, a long-time member and church secretary who had a 15-year old son from a previous marriage. The controversial marriage would last for only a few years. The Armstrongs separated in 1982 with Herbert Armstrong returning to live in Pasadena full-time, and the marriage finally ended in divorce in 1984. Wikkipedia

Mathew 7:15 Beware of false prophets, which come to you in sheep's clothing, but inwardly they are ravening wolves.

He taught many false doctrines along with some true ones, making him a false teacher. Any one who mixes truth and error cannot be a man of God, but rather a deceiver.

If Bible does not say so then Herbert W. Armstrong "Herbie" is a liar and all those believe him are lost. I pray for your soul

If you want to preach or discuss something, then start a new thread.