The most under attack is the creation mentioned in the Book of Genesis Chapter 1. Mostly people (even some Christians) believe in evolution. Some went on saying that day or "Youm" mentioned in the Bible means a period. Let us examine how unscientific this creation is. 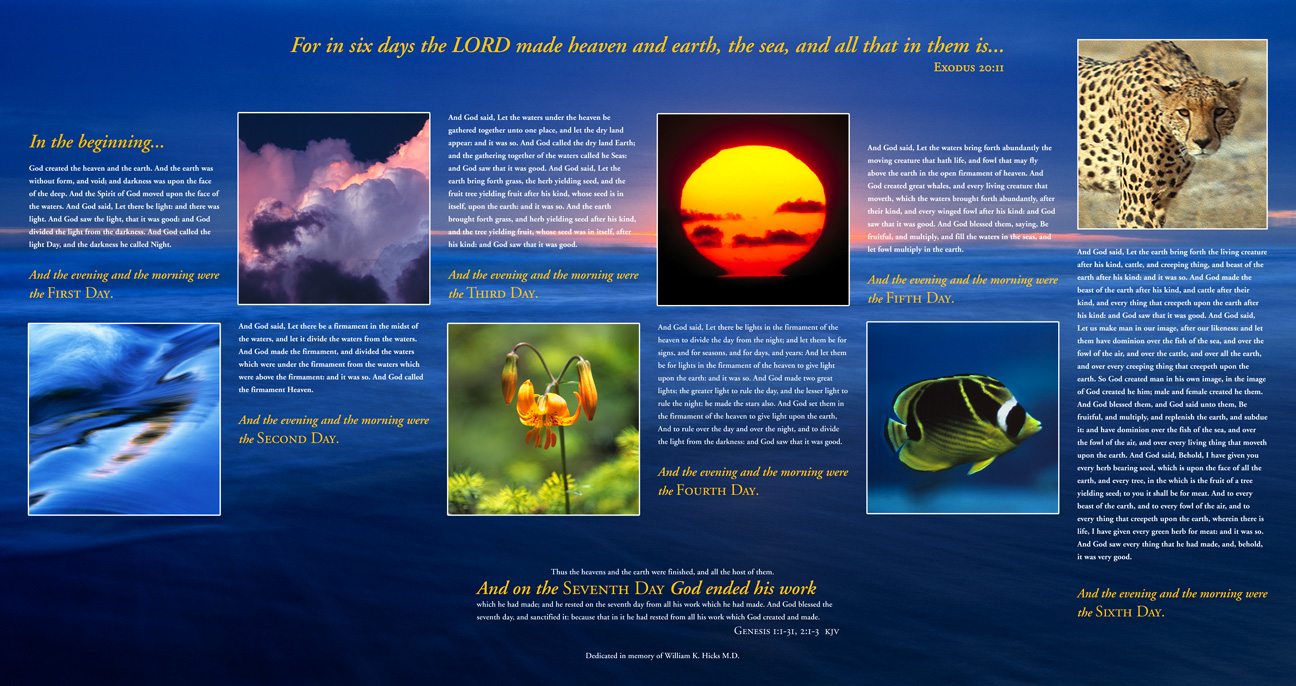 In the beginning God created the heavens and the earth...(Genesis 1:1-2)

The universe was filled homogeneously and isotropically with an incredibly high energy density, huge temperatures and pressures, and was very rapidly expanding and cooling. Approximately 10−35 seconds into the expansion, a phase transition caused a cosmic inflation, during which the universe grew exponentially.

Day 2: Water, both in ocean basins and above the sky
A few minutes into the expansion, when the temperature was about a billion (one thousand million; 109; SI prefix giga) Kelvin and the density was about that of air, neutrons combined with protons to form the universe's deuterium and helium nuclei in a process called Big Bang necleosynthesis. Most protons remained uncombined as hydrogen nuclei. As the universe cooled, the rest mass energy density of matter came to gravitationally dominate that of the photon radiation. After about 380,000 years the electrons and nuclei combined into atoms (mostly hydrogen); hence the radiation decoupled from matter and continued through space
largely unimpeded. This relic radiation is known as the cosmic microwave background radiation.

It says that the universe now has water because now there is hydrogen and if you ask primary school student, that students would also tell you that it is simple science that hydrogen and oxygen makes water.[/blue]

The big bang theory says that stars, sun, moon etc came into existence after quite a while. So strange, now you should believe in Bible as it says same.

Time line of the Big Bang

I strongly believe that the creation recorded in the Book of Genesis is not unscientific. Rather Big Bang theory totally supports the record of creation.