The Passover for Cossing Over

The Passover for Cossing Over

The Passover for Crossing Over 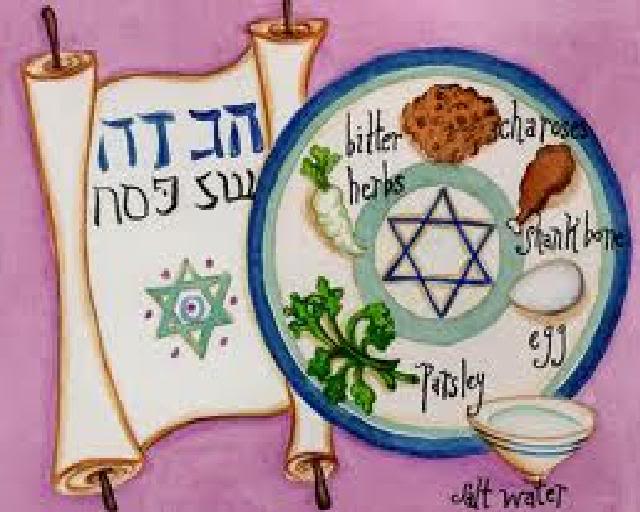 The Passover for remembrance of:
The goodness and faithfulness of God;11 (Deut7:9)
That He is a covenant keeping God, (Ps89:34)
Loves us with an unfailing Love; (Ps103:11-12)
The immutability and the integrity of God; (Heb8:16)
Super-abundant ability and zeal of the Lord
To perform what He promised;
That He is coming for His own as promised.( Rev22:20)

Let us remember the Lamb that took away
My sin, your sin, the sin of the whole world-
The One who knew no sin but was made to be sin;
The One at the Father’s right hand pleading your case;
The Intercessor, Wonderful, Emmanuel- God with us;
The Healer, Deliverer, the Door of the sheep,
The Way the Truth and the Life, the First and the Last
Our Peace, the Light of the World, the Good Shepherd,
Lily of the Valley, the Bright Morning Star, Counsellor,
The Prince of Peace, the Mighty God and Everlasting Father. John1:1-3,29, 2Cor5:21, 1John2:1, Heb7:25 Eph2:14,Isa6:8, -7:14, Isa9:6-7

Let us remember that He was wounded for our transgression,
Bruised for our iniquities; that the punishment that brought us peace was heaped on Him
and by His stripes we were healed. (Isa53:4-6)

Let us remember that we are saved by His grace through faith and not of works, lest any one should boast.
He saved us from the power of sin and the penalty of sin and will one day save us from the presence of sin.
(Eph2:8-9, Luke10:19, 1John1:9, Rom10:9-10))
Remember, my soul, that you are a New Creature
Because of the Passover. You have crossed over,
Your sins are gone, the old has gone and the New has come. You are born again from above, a child of God.
(John3:3,8, 2Cor5:17, John1:12)
You are now clothed with the robe of the righteousness of Christ. (Isa61:10)
There is now no more condemnation to those who are in Christ Jesus, who walk after the Spirit and not after the flesh. (Rom8:1)
You are more than a conqueror in Christ, a light of the world, a salt of the earth, City on a hill, an ambassador, co-worker with God, with a ministry of reconciliation, God’s masterpiece and workmanship created for good works.
(Rom8:37, Matt5:13-16, Eph2:10, 1Cor3:9, 2Cor5:18)
If God is for you, no one can be against you?
If God did not withhold Jesus but delivered Him up for you, how will He not with Him also freely give you all things? (Rom8:31,32
The Father loves you as He loves Jesus.(John17:23)

Maranatha. Come, Lord Jesus.
I Am Coming Quickly
20 He who testifies to these things says, "Surely I am coming quickly." Amen. Even so, come, Lord Jesus! (Rev22:20)

Exodus 12
10 And thus you shall eat it: with a belt on your waist, your sandals on your feet, and your staff in your hand. So you shall eat it in haste. It is the LORD's Passover.
27 that you shall say, 'It is the Passover sacrifice of the LORD, who passed over the houses of the children of Israel in Egypt when He struck the Egyptians and delivered our households.' " So the people bowed their heads and worshiped.
John 13
1 Now before the Feast of the Passover, when Jesus knew that His hour had come that He should depart from this world to the Father, having loved His own who were in the world, He loved them to the end. 1 Now as they were eating, He said, "Assuredly, I say to you, one of you will betray Me."
22 And they were exceedingly sorrowful, and each of them began to say to Him, "Lord, is it I?"
23 He answered and said, "He who dipped his hand with Me in the dish will betray Me.
24 The Son of Man indeed goes just as it is written of Him, but woe to that man by whom the Son of Man is betrayed! It would have been good for that man if he had not been born."
25 Then Judas, who was betraying Him, answered and said, "Rabbi, is it I?" He said to him, "You have said it."
Jesus Institutes the Lord's Supper
26 And as they were eating, Jesus took bread, blessed and broke it, and gave it to the disciples and said, "Take, eat; this is My body."
27 Then He took the cup, and gave thanks, and gave it to them, saying, "Drink from it, all of you.
28 For this is My blood of the new covenant, which is shed for many for the remission of sins.
29 But I say to you, I will not drink of this fruit of the vine from now on until that day when I drink it new with you in My Father's kingdom."
30 And when they had sung a hymn, they went out to the Mount of Olives.


Isaiah 9
7 Of the increase of His government and peace There will be no end, Upon the throne of David and over His kingdom, To order it and establish it with judgment and justice From that time forward, even forever. The zeal of the Lord of hosts will perform this.

16 For the Lord Himself will descend from heaven with a shout, with the voice of an archangel, and with the trumpet of God. And the dead in Christ will rise first.
17 Then we who are alive and remain shall be caught up together with them in the clouds to meet the Lord in the air. And thus we shall always be with the Lord.
18 Therefore comfort one another with these words.1Thess4:16-18
I Am Coming Quickly
20 He who testifies to these things says, "Surely I am coming quickly." Amen. Even so, come, Lord Jesus! (Rev22:20)